The Case for Historic Christianity (Russian) 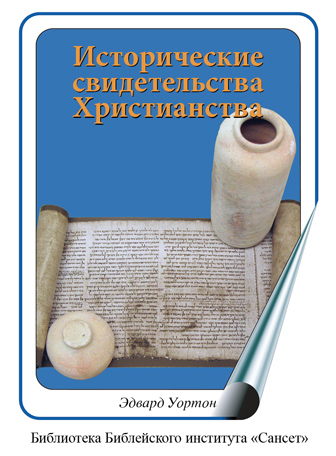 “The Case for Historic Christianity” presents historical evidences to substantiate the claims of Christianity. This particular method of producing faith in Christ is nearly two thousand years old. It is precisely the approach which was used by the Gospel writers, Paul, and Peter to prove that Christ was the Son of God. The New Testament writers made no arguments from either philosophy or science for the sonship and deity of Jesus. Neither was their approach one of emotional subjectivism, that is, of following after their feelings as an evidence of their claims. In the calm and objective style of men who knew from either eyewitness experience (as the apostles) or from painstaking research (as with Luke) that what they were recording were the facts of the case, they wrote their accounts in the verifiable context of history.

Christianity is belief in Christ as the Son of God with power to raise the dead and judge the world. This belief rests squarely on Christ’s own historic life and resurrection as presented in the New Testament. It is therefore necessary to show the New Testament as a reliable record of facts providing a credible ground of evidence for belief. In an age which demands historical certitude, Edward Wharton’s book helps readers rediscover the apostolic method of bringing the gospel to an unbelieving world.